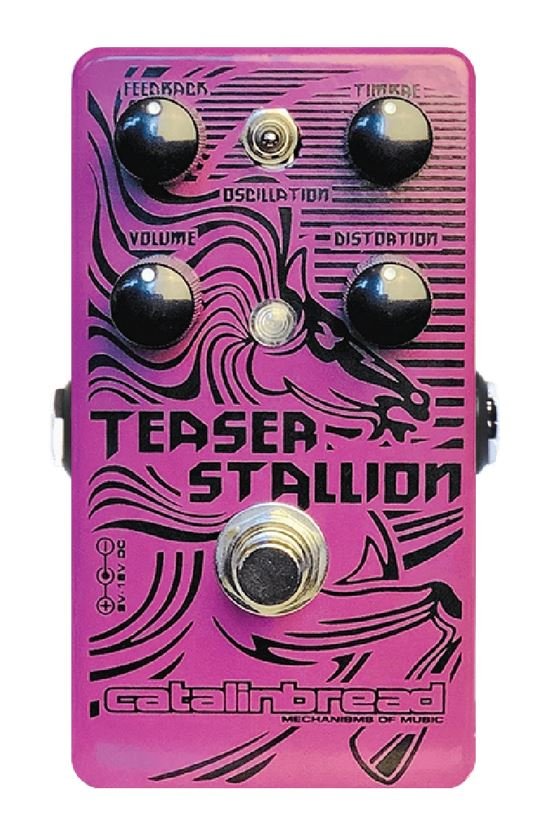 The Catalinbread Teaser Stallion is an old distortion favorite capable of being a tame horse or a lust pent beast. With four controls and two modes, there's plenty of range for anyone, especially when the feedback loop is engaged, which also interacts with the volume and tone on your guitar changing the sounds you're capable of making.

The Teaser Stallion has two modes. The first features dirt, ranging from mellow overdrive to blistering distortion. The timbre control allows for that distortion to be deep and guttural or high and singing. Flip the toggle and the Teaser will start oscillating. The feedback loop thickens your tone, adds a unique texture to your sound, and even functions as a controllable synth. In oscillation mode the Feedback, Timbre, and Distortion controls, all govern the pitch and ferocity of the Teaser Stallion, but as an extension of this pedals aggression, is also effected by the volume and tone controls on your guitar, as well as pick up selection, note bending, etc.

This pedal turns heads, offends traditionalists (and cats), but most importantly open doors to truly unique sounds and creative possibility.