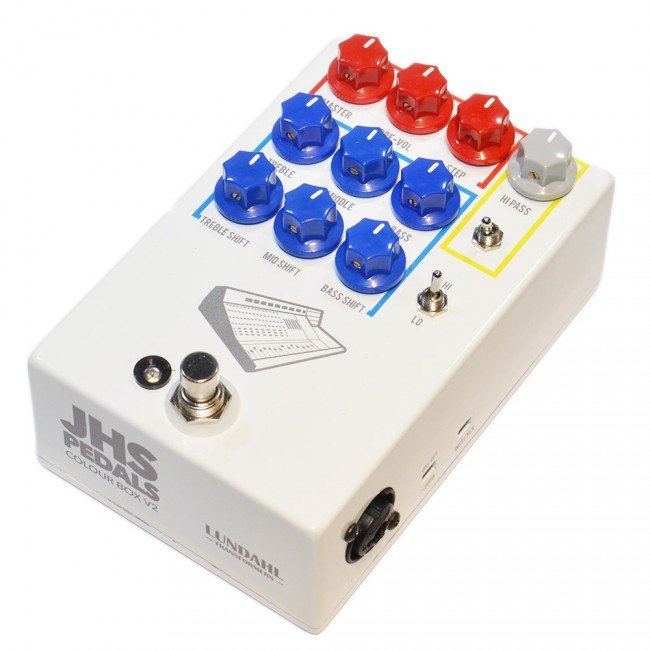 From the Beatles’ “Revolution” to Led Zeppelin’s “Black Dog” to Neil Young’s “Cinnamon Girl,” some of rock’s most storied guitar tones were created by skipping the amp and plugging right into a vintage recording console. The JHS Colour Box V2 takes that concept and drops it on your pedalboard. With a fully analog, transformer-based design and sweet-sounding EQ section, the Colour Box V2 is a tone-shaping wizard that can re-create classic tones or help you produce unique signature sounds. Not just for guitarists, Colour Box V2 sounds great on bass, keys, and vocals, too. And it’s a versatile studio tool favored by engineers at Sweetwater for adding swagger and personality to any recording.