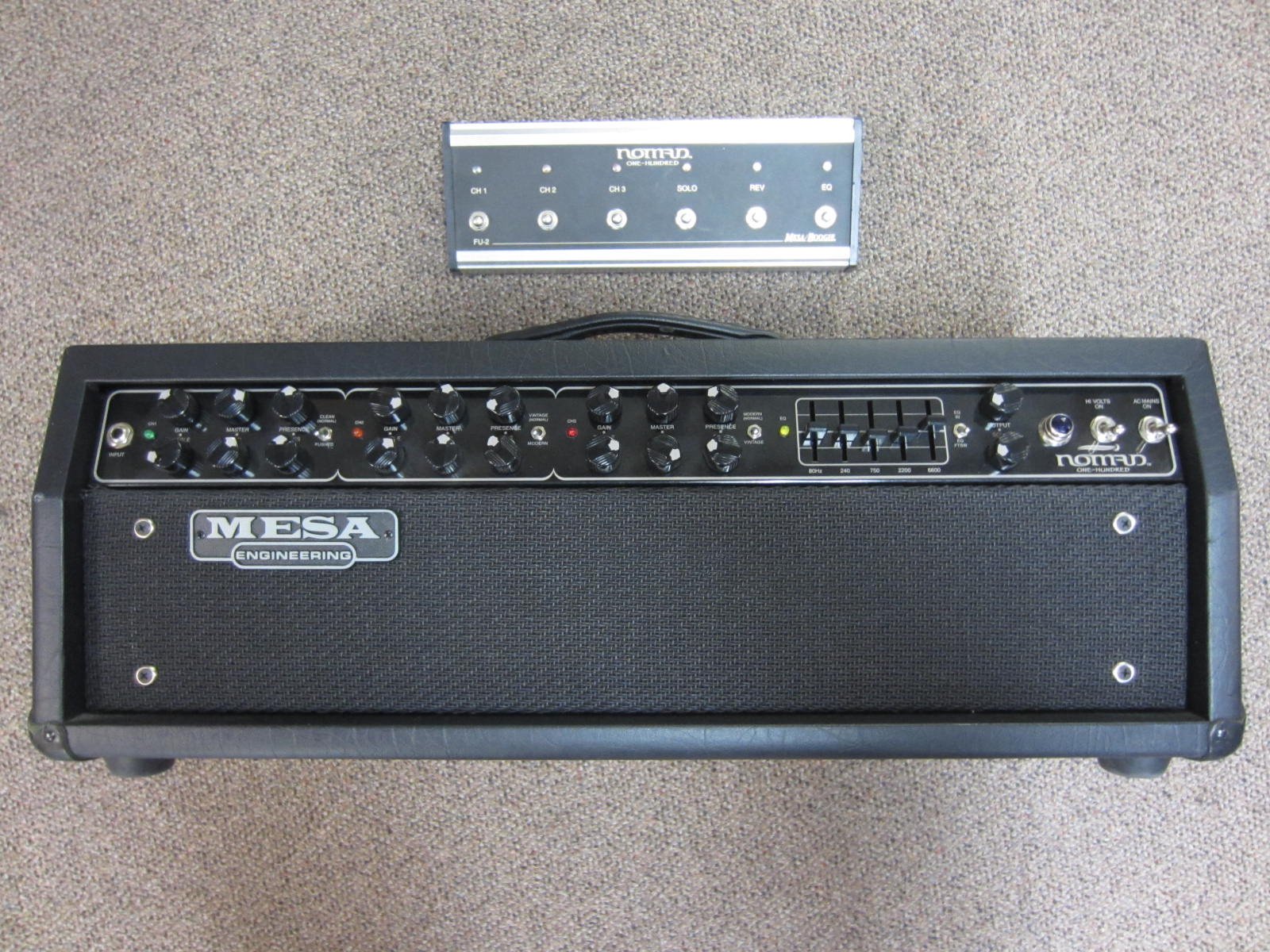 The front panel is simple and straight-forward with a no-compromise control layout that repeats three times. Pre-amp voicings are powerful, yet nuanced and richly complex. The opposite of edgy, Channel One features a gorgeous, well-balanced Clean sound that blooms at a less frantic, unhurried pace. Or, gain can be kicked up by switching to Pushed for a grittier breakup, hovering on the verge of clean.

Channel Two is huge, with a wide, round envelope. Notes seem to expand in the air, filling space with a glowing richness. Smoky and purring, this sound is dripping with tone to reward the player who builds his style on finesse. The gain structure spreads from almost-clean to silky, liquid sustain. The Vintage/Modern switch doesn’t radically alter the Nomad’s gain, rather it brings the sound more forward or lets it lay back, like an old sepia-tone photograph.

Channel Three is punchier, brighter and faster. And once again the Nomad rewards the player with subtle shades of gain at lower settings. One of the favorites is the truly icy blues sound Channel Three delivers. With its Gain set low, it’s so touch-sensitive you can articulate chords cleanly and yet fire off punctuation marks with a stinging fury—just by varying your pick attack.

Make no mistake, cranking up either Lead Channel delivers searing high-gain—but here it’s gain with a refined, diplomatic patina; it’s gain that can talk or sing, purr or sting. But the Nomad’s inherent tastefulness sets it apart from the brash attitude of our top selling Rectifiers.

Condition is excellent.  Comes with footswitch and cable.