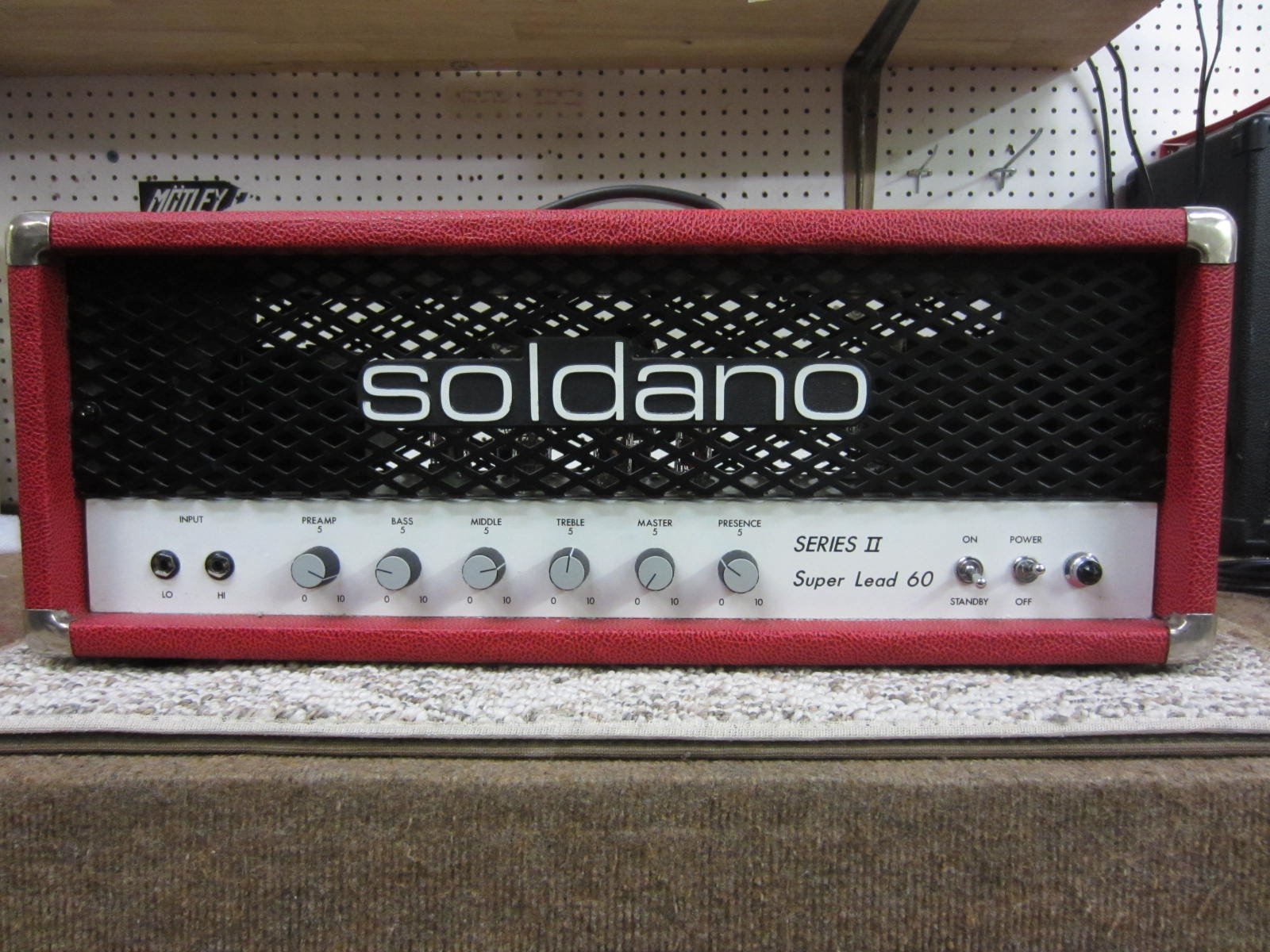 Soldano Series II Super Lead 60 in very good condition.  Research shows this is an early 90s era amp that was the predecessor to the Hot Rod 50.  How many produced and exactly where are contested but what isn't is the tone that comes out of this gem.  It absolutely nails traditional rock, hard rock, and classic rock tones.  If you're looking for modern high gain, it will need a bit of help but otherwise this is a screaming loud Soldano rock machine.  Single channel with high and low gain inputs(JCM800 style) with effects loop, slave out, and can run at 4, 8, or 16ohms.  It's currently loaded with Groove Tubes 6L6 tubes.  If you're looking for that Soldano vibe without having to mortgage your home to get one, this may be the amp for you!